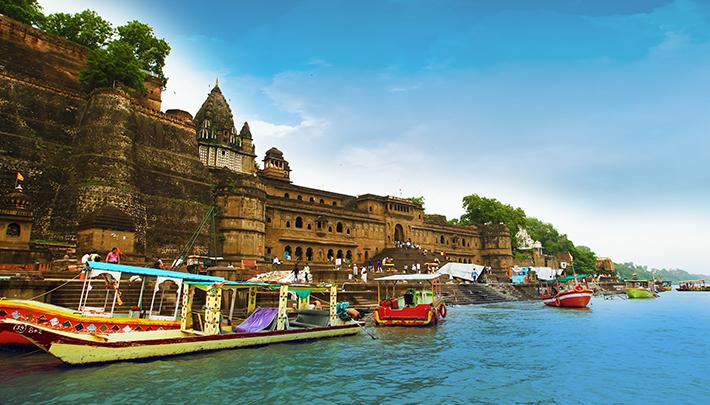 The name Omkareshwar means ‘Lord of Omkaara’, which is one of the Dwadasa Jyotirlinga shrines or the 12 shrines dedicated to Lord Shiva in the form of Jyotirlingam. Omkareshwar, located on the island of Mandhata, next to the Narmada River in Madhya Pradesh is a sacred island, shaped like the holy Hindu symbol ’ Om’ drawing hundreds of pilgrims to this temple town. At the confluence of Rivers Narmada & Kaveri, the devout have gathered for centuries to kneel before the Jyotirlinga (one of the twelve throughout India) at the temple of Shri Omkar Mandhata. This serene town is adorned with lofty hills, where the river Narmada forms a serene pool. Above this pool runs a cantilever type 270 feet hanging bridge which enhances the beauty of Omkareshwar. The Jyotirlinga shrines are places where Shiva appeared as a fiery column of light. Originally there were believed to be 64 jyotirlingas, but 12 are considered to be auspicious and holy. Each of the twelve Jyotirlinga sites takes the name of the presiding deity- a different manifestation of Shiva.

According to the Hindu legend, Vindya, the deity of the Vindhya mountain range was worshipping Lord Shiva to conciliate himself from the sins committed. Thus, he created a sacred geometrical pattern & a lingam made of sand and clay. Shiva was pleased with his worship and appeared in two forms, Omkareshwar & Amaleswara. Since the mud mound was in the form of ‘Om’, this island was known to be called as Omkareshwar.

The second story related to Mandhata and his son’s penance. King Mandhata of Ikshvaku clan ( an ancestor of Lord Ram) worshipped Lord Shiva here until the Lord manifested himself as a Jyotirlinga. Many scholars also narrate about how Mandhata’s sons, Ambarish & Muchukunda had practiced severe penance to please Lord Shiva as a result of which the mountain is named Mandhata.

The third story was from the Hindu scriptures which says once upon a time there was great war between Devas (Gods) & Danavas (demons) in which the Danavas won. This was a big setback for the Devas and so they prayed to Lord Shiva. Pleased with their prayers, Shiva emerged in the form of Omkareshwar Jyotirlinga and defeated the Danavas.

The word Maheshwar in Hindi means Great God, a byname of Lord Shiva. Maheshwar is situated on the banks of the river Narmada in Khargone district of Madhya Pradesh. Maheshwar was a glorious city at the dawn of Indian civilisation. This temple town possess a treasure tove of beautiful temples that calms the soul and many man-made creations that pleases the eye. It is also mentioned in the epics of Ramayana & Mahabharata.

A centre of handloom weaving since 5th century, Maheshwar has been producing exquisite Maheshwari sarees and fabrics. The town also was the capital of Rajmata Ahilya Devi Holkar’s empire in the 18th century. One can witness the life-size statue of Rani Ahilya Bhai seated on the throne at Ahilya Bai Fort & palace.

Maheshwar is believed to be built on the site of the ancient city of Somvanshya Shastrarjun Kshatriya, and was the capital of King Kartavirya Arjuna (Shree Shastrarjun), who is mentioned in the epics of Mahabharata & Ramayana. According to a popular legend, one day King Shastrarjun and his 500 wives went to the river for a picnic. When his wives wanted a large play area, the King stopped the mighty Narmada river with his 1000 arms. In due course of time, while they were playing, Ravana flew over the river in his Pushpak Viman (Flying Vehicle) and on seeing the dry river bed he thought is was an ideal place to pray to Lord Shiva. He made a Shivlinga out of sand and began to pray. Meanwhile when Shastrajuna’s wives were done playing, he led the water flow into the river resulting in sweeping off Ravana’s Shivlinga, messing his prayers. Furious, Ravana tracked Shastrarjuna and challenged him. Armed to the hilt, the mighty Ravana was in for a big surprise. Shastrarjuna with his 1000 arms pinned Ravana to the ground and placed 10 lamps on his head and one on his hand. After tying up Ravana, Shastrajuna dragged him home and tied him up to the cradle pole of his son. A humiliated Ravana stayed prisoner until his release was secured. 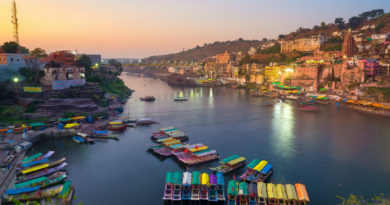 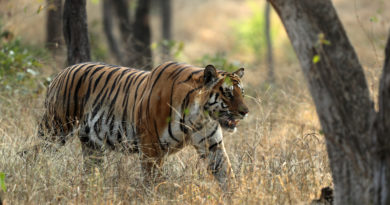