Our lives are endless marathons. We are always running to save our lives. We run so that we can reach work on time, or to catch a flight. But do we ever run for the sake of running? There are some who do. Here are 10 influential people who manage their hectic lives, and still run for the love of running.

Vaishali Kasture, Woman on the run

She is a role model for several women in the corporate world. She is an avid marathon and ultra marathon runner who discovered her passion to run when on a sabbatical for 18 months.

‘Nuff said about this lady who’s also an avid runner. In 2007, this talented woman completed the Boston Marathon while orbiting Earth aboard the International Space Station at some 17,500 miles (28,163 kilometers) per hour. Watch the video here.

Rahul Bose is a man of many talents. He’s an actor, writer, rugby player and a marathoner. He was the 2007 Event Ambassador of the Mumbai Marathon which is considered one of the world’s top ten marathons.

Raghuram Rajan, Not running for the money

The Reserve Bank of India governor Raghuram Rajan,apart from being the topnotch finance guy, is also known for his athleticism and love of sports. Little is known about his love for running marathons. He participated in the Mumbai marathon this year.

Naveen Jindal is an Indian politician, a former Member of Parliament, skeet shooter and runner. In 2013, he inspired the whole Haryana, especially Kurukshetra to run for health and fitness, and to showcase Kurukshetra as a tourist hub.

Natarajan Chandrasekaran, The ‘IT’ runner

Natarajan Chandrasekaran is the chief executive of one of India’s largest IT services company. But what keeps him going is the sport of running, one that he has indulged in for the last several years. Today he runs at least one full marathon and several half marathons every year in cities across the world.

Milind Soman, For the love of running

His Twitter feed describes him as a tree lover and running person. yes, many have seen him run regularly on Marine Drive in Mumbai every day. In 2012, 2012 he became a Limca Record holder for running 1,500 km in 30 days for Greenathon. He’s also an actor, film-maker and former supermodel. He is also the man who has inspired a million women in India to run – through the very popular Pinkathon series of runs.

Anil Ambani, In the business of running

Reliance ADAG’ Vice-Chairman and Managing Director, Anil Ambani is India’s most famous marathon man in corporate circles. He have been running long distance for many years and is a regular participant of the Mumbai marathon every year.

Gul panag is actor, model and a sports enthusiast. She is known for her love for automobiles, and technology gadgets. She is also a serial half-marathon runner and a regular at many marathons across India. 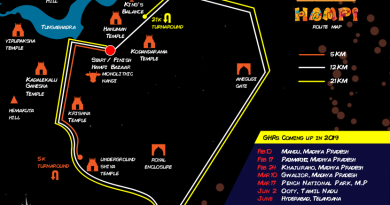 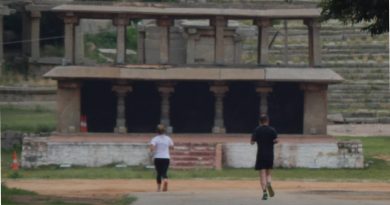 DNA says Go Heritage Run Hampi is one of the best marathons!