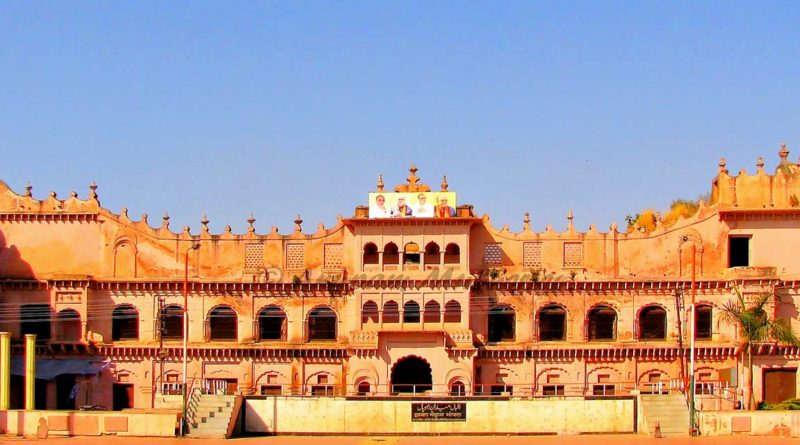 The Archaeology State Department of Bhopal is set to revive the lost glory of the gates of Bhopal in the capital city of Madhya Pradesh. These magnificent gates were part of the walled city and the symbol of might of the Nawabs who ruled the Bhopal state then. Most of them in ruins today, these unique structures include Sadar Darwaza, Kala Darwaza, Bab-E-Sikandari, Shaukat Mahal gate, Teen Mohere gate-1, Teen Mohre gate-2, Dakhil Darwaza, Bhopal gate, Lal Darwaza, Moti Mahal Gate, Bagh Farhat Afza gate, Bab-e-Ali gate, Sultania infantry gate, Jumerati gate and police gate to name a few.

1. Moti Mahal Gate:  Moti Mahal Gate has a cusped arch opening. The upper part consists of arched space for the Chobdars (drummers) to announce the coming and going of the Nawab. The top parapet has a crown with finials and jail of brick.The whole gate is in an Islamic style made in a combination of stone and bricks.

2. Sadar Manzil Gate:   Sadar Manzil Gate is a simpler gate which is a on a square plan and has cusped arched opening. A decorated five arched parapet with a crown mounted on the central arch completes the elevation of the gate. The Sadar Manzil, situated adjacent to the Royal Enclave served as the courtroom of the Nawabs ruling over Bhopal. Entrance of this former hall of public audience is marked with a massive wooden door, which leads into a smaller main gate. The first floor of the main gate has a huge terrace balcony, while the second floor features four domes, one in each corner.

3. Shaukat Mahal Gate:  The Shaukat Mahal was constructed in the 1830s as a wedding gift for Sikander Jahan Begum, the first female ruler of Bhopal. Architecturally it combines both Gothic and Islamic themes and the design is attributed to a Frenchman.

4. Teen Mohre Gate 1:  Teen Mohre Gate is part of the Taj Mahal Complex. The gateway has two tunnels through which the traffic moves. The tunnels are of double height and are attached to the extension of Taj Mahal Palace main domed gateway. These were probably part of the palace complex. The arch shaped structure dates back to the 1860s. There is a mosque on top of the arched ways.

7. Karbala Gate/ Shahid Smarak (Bhopal Gate):  The Shahid Smarak or Bhopal Gate is an octagonal structure with ogee arch. Built in dressed stone it is a solid, plain structure which contrasts with other ornamental gates of Bhopal. The gate is the remains of fortification wall that once encircled the Idgah and reached right up to Benazir palace and Sultania Infantry.

8. Jumerati Darwaza:  The 300 year old Jumerati Darwaza, one of the oldest surviving gates of Bhopal built by Dost Mohammed Khan is located in the heart of the city’s market. This Gate was surmounted by thirty-six towers or bastions and broken in numerous places by gates and entry ways, both large and small. Set at regular intervals around the gate were the nine main gates which handled the bulk of the mounted and vehicular traffic. The first six were named after the days of the week, Peer, Somwara, Jummerati, Mangalwara, Itwara and Budhwara. Jummerati gate is aligned to the north end of the central axis of the city. The gate is flanked on both the sides by bastion like circular towers.

10. Benazeer Gate:  Benazeer Gate is highly decorated double storeyed gate with two arched openings in a three bayed structure. The 130 year old Benazir Palace was built by Nawab Shahjehan Begum in 1877 overlooking the Motia Talab, the Palace was meant to be a pleasure pavilion.

11. Islami Gate:  The Islami Gate is located near Putlighar in Shahjehanbad area and it is a famous gate during the Bhopal Nawab Era due to the inscription on top of the gate.

12. Bagh Farhat Afza:  The Bagh Farhat Afza is a lakhuri brick gate which has a cusped arch opening that was supposed to have lead into the tomb of the enclosed Bagh Farhat Afza of Nawab Sikandar Begum. Sadly, this 150 year old gate is currently in ruins as when it had undergone a structure test, The Bagh Farhat had failed it due to which a part of the gate had to be demolished. Discussions are ongoing regarding to consider it for restoration work.

13. Police Gate:  The double arches of this gate are like military gate with cusped arch on the outer side and ogee arch on the inner side. The parapet and onion shaped finials at the four corners of the gateway are the only ornamentation on the otherwise plain facade. 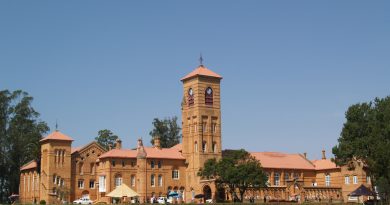 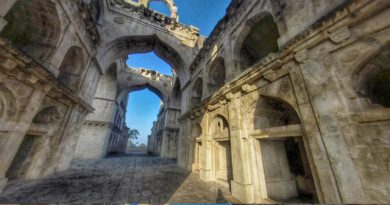 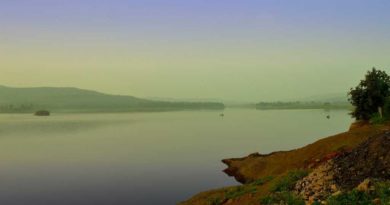 Nearby sights to see around Omkareshwar