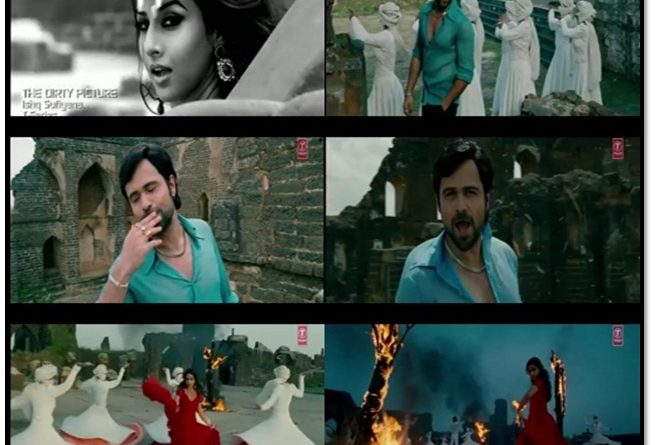 Culture is the totality of depicting the life of a group of people, nation or tribe including their food, costumes, dressing, music, and marriage.

The world is an audience, and one way to showcase your country’s culture is through the films you make or watch. Because let’s just agree that films are a purveyor of our traditions. They help in preserving our culture from eroding away.

In many ways, popular culture and art play an important role in how a country or a region is perceived by the ‘outside world’. The vibrant cinematography in films can inspire people globally despite political differences.

Over the years, movies like Mughal-e-Azam, Taj Mahal, Jodha Akhbar, have been successfully disseminating our enriching cultural heritage, history as well as promoting tourism in India. Be it in the form of songs or scenes, time and again, movies have highlighted important places of heritage, art and culture.

One place with such a rich cultural heritage that has been showcased regularly in movies is the fort in Bidar.

Bidar Fort, situated in the northern plateau of Karnataka, is a historical monument constructed in the ancient times of Bahmani Kingdom in the Deccan plateau in 1347.

With the rule of Sultan Alla-Ud-Din Bahman and the establishment of the Bahmani Kingdom, architectural styles of the Persian architecture of Iran made impressive and lasting impacts, which are seen in the Bidar Fort. There are over 30 monuments inside the fort.  Rebuilt using red laterite stone, Bidar fort has seven gates, and each of its entrance is unique with a complex security system.

A number of South Indian as well as Bollywood movies have been picturized in Bidar fort which has piqued the interest of people in the living heritage. Movie like Anant Nag starrer ‘Bara’ (1980), Actress Ramya Starrer ‘Sanju Weds Geeta’ (2011), Duniya Vijay starrer ‘Jarasandha’ (2012), Manasology (2011), Jaggesh Starrer ‘Body Guard’ (2011), Yash and Deepa Sannidhi starrer ‘Jaanu’ (2012), Prabhudeva’s Tamil movie ‘Vedi’ (2011), which through their depiction of the fort in the movie have in-turn helped to promote the site from a tourism point of view, highlighting the beauty and unique architectural aspect of the fort.

Even, Ishq Sufiyana , a song  from the Vidya Balan and Emraan Hashmi starrer superhit movie, “Dirty Picture” was also shot in Bidar Fort.  The song’s popularity coincides with the increase in the popularity of the Fort, and is one of the prime examples in recent times on how movies through their visual power can help promote the rich cultural heritage of a country.

Movies, therefore, are a very unique and special medium. They are easily accessible and often watched by people who do not have contact with any other form of art. That is why they are able to reach a wider audience, young people and even audiences with fewer language capabilities. Unlike many other forms, films produce a sense of immediacy. They have the ability to create the illusion of life and reality, opening up new, unknown perspectives on the world. Films, especially those from different cultures or places, can be taken to be accurate depictions of life. They can foster the growth of civil society, mutual cooperation and understanding, serving as a flexible, universally accepted vehicle for rapprochement.

A leaf can be taken from the way Switzerland tourism has managed to strike a balance between preserving its rich cultural heritage and promoting its tourism through various ways including movies. Scores of Bollywood movies have been shot in the Swiss Alps, including hundreds of romantic song sequences have and continue to be shot in the region.

In many Swiss Alpine regions, tourism is an economic factor for local people and may even be the only source of primary income from outside the region. As such the importance of tourism sector in the region is unparalleled. However the way tourism has been handled is indeed, praiseworthy.

Therefore, striking the right balance of conservation and promotion, the region has been successful in not only preserving their culture and heritage, but also showcasing it at a much larger global platform, thereby promoting its tourism industry.

India, with its diverse cultures, vibrant heritage and centuries old tradition, needs to draft a policy that includes the integration of various socio-economic sectors that are relevant to the tourism industry.

Bollywood has become of symbol of India, internationally; it has managed to weave itself in the fabric of Indian culture. Besides, it is one of best tools of tourism, one which not only should be utilized for the sake of attracting crowds, but also for capturing and preserving the rich cultural history of the region in its evergreen lens. 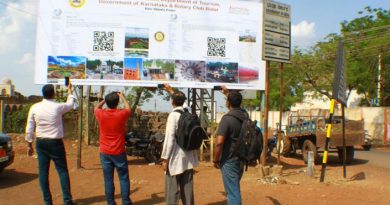 The Digitization of the Cultural Heritage in Bidar

One thought on “Bollywood Calling: Promoting Cultural Heritage in Bidar”