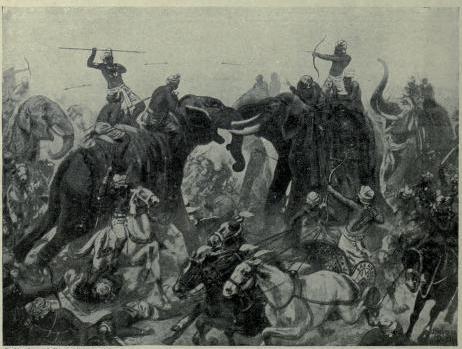 However great it might have been, the Battle of Vatapi (present day Badami) has hardly found mention in the history books today. But it is a tale that needs to be told.

If one were to visit the little town of Vatapi (Badami today), it would seem to them, like one of those southern India towns which are only known for their architectural treasures. But little does one know that this village in Karnataka has been the sole cause, venue and the victim of a brutal bloodshed war, fought between the most influential dynasties of that time. Yet the Battle of Vatapi which has literally shaped the history of this region has hardly found mention in the history books today.

The periods between 500 AD and 750 AD were extremely crucial in the history of India. While the infamous Mauryan Empire took shape in the north, the Southern part of India witnessed conflicts like never before. The two powerful dynasties, the Chalukyas and the Pallavas fought it out at the battle of Vatapi.

This Battle is one of the least talked about events in the Indian History.  The relationship between most of the South Indian kingdoms was not particularly cordial. The Deccan regions were continuously witnessing battles and combats between the dominions. The Chalukyas rose as an influential dynasty and ruled over the Deccan region from 5th-8th and 10th-12th century. Its first ruler was Pulakesin 1 who also founded the city of Vatapi which was also made the capital. The kingdom was further expanded by his sons towards the north by waging many triumphant wars against the Konkans and the Mauryans.

The Battle of Vatapi has a lot of interesting angles to it. The main fight was for the fertile land around Cauvery that would prove the most profitable. The Pallavas who at the time, were ruling over Karnataka rose to be the sworn enemies of the Chalukyas, who were busy fighting other wars. Pulakesin 2, descendant of Pulakesin 1 ruled from AD 609-642, already had laurels of defeating a Pallava Emperor Mahendravarman in 610 AD. But it was only after a few years in 642 AD, that the Pallavas seeked revenge. King Narsimhva attacked the city of Vatapi and thus began a ferocious battle.

Pulakesin 2 was heading North with his army, when he heard of Pallavas approaching Vatapi to conquer it. Alarmed and shaken by the news, he immediately sent emergency messages through his  that stated that he was in his way to Vatapi with his massive army and that there was no need to worry and he would teach a lesson to the Pallava army very soon. However, it was the Pallavas who won the race and lay siege on the Fort of Vatapi in the absence of the emperor and inadequate army. This became a cause of the apprehension of Vatapi citizens .Another emergency message was sent that a large army stationed at Vengi was also marching towards Vatapi to liberate it from the siege. Meanwhile the army chiefs of Pallavas debated on whether to attack the fort first or confront and combat Pulakesin’s army as soon as it arrives.

Pulakesin who was still marching decided with his ministers that they would wait for the army at Vengi to reach and attack first. Soon as they got the news that a small army of Pallava soldiers were deployed at the fort. The rest were now heading north and were planning to start the war at the crossroad. The Chalukyas too prepared for a formidable war trying to save their reputation.
The Chalukyas had travelled a lot before the war and were seemingly exhausted while the Pallavas had had a chance to revitalize themselves at Vatapi; hence the odds were on their side. The sanguine war continued for three days and nights. Two mammoth of armies fought it out as blizzard of spears went shrilling through the skies, as swords clinked and clashed, and as bones were snapped and shattered. As the red blood sprayed from the wounds, thousands of warriors died a heroic death on the battlefield. On the third day, the condition of the Chalukyan army was pathetic and the army chiefs ushered Pulakesin to retreat to a safe place but this decision was not executed. The very same evening, the Pallavas played their final move that literally proved fatal to the Chalukyan Army.  Five thousand elephants armed with iron poles attacked the Chalukyan cavalry. Not even one living Chalukyan soldier was seen then. Pulkesin 2’s life too ended gallantly while fighting on the battlefield. The Pallavas assumed the title of Vatapikonda (conquered of Vatapi) and had it occupied till 652 AD. The Chalukyas restored their rule in 655 AD again and the conflict between both the dynasties continued for many more years.

Vatapi was a prospering city under the Chalukyas who were great patron of arts. Many caves and temples were built by them in different parts of the Deccan hills. The Badami fort from where the royalty ruled from is a popular sight but a lot of it has supposedly been ruined by the Pallava rulers. The most famous tourist attraction in Badami are the four caves that are built on different levels of Rock formation which include detailed inscriptions of Lord Natraja in different dance poses, Lord Vishnu seated on a coiled serpent and perhaps the most magnificent is Lord Vishnu seated on the bird Garuda.Pillared Verandas and columned halls are the dominant feature of these caves.

Dr. Lopamudra Bajpai, a visual anthropologist and a sociologist says that “the intricate architecture of Southern India is the result of the influence of a variety of inter-cultural communication that happened during the wars and battles of little kingdoms trying to come into power. As they were fighting they picked up certain traditions, folk-art, forms and idols of worship and thus combining these sources gave rise to their unique and extravagant design and architecture.” The Tripartite Struggle that happened in the 9th century had most of the regions from Gujarat; to central India towards Bengal was also a key influencing factor for The Chalukyan Architecture. It was through this struggle that the Chalukyan Empire had emerged. A total of 18 important inscriptions, both in Kannada and Sanskrit have been found from this town which is also said to have had Buddhist influence.  The Pattakdal temples where Badami Chalukyan Kings were coroneted too are an essential historical evidence of the great lineage and legacy of the Chalukyans. Their magnificence and splendor of these Dravidian styled temples is truly commendable. It has been declared as a World Heritage Site by UNESCO.

The city of Badami has also been selected as one of the heritage cities for HRIDAY-Heritage City Development and Augmentation Yojana scheme of the Indian Government.

Dr. Bajpai commenting on the destruction of these sites says that whatever demolition that has taken place of the idols, the sites and the culture as such is mainly religious in nature. Rulers from different religions who ruled the Chalukyan Empire subsequently, be it Muslim, Christian or Colonial rulers dwelled into conversions and imposition of their religion. Most of these sites have now been restored.

Vatapi, the name of the place, has some interesting history too. It finds its origin in the Ramayana. Two demon siblings, Vatapi and Ilvala used to trick mendicants by tricking them into eating the meat of a ram, which was essentially Vatapi in disguise. As soon as the medicant ate the meat, Ilvala called out for Vatapi and he would emerge out of their body, tearing it apart. This peculiar prank was put to an end by Sage Agastya who digested Vatapi before Ilvala could call out his name. Vatapi thus died with the prank. Today two of the hills on Badami represent both these demons.

However, unfortunately the once powerful and the glorious city of Vatapi has merely become a little town of Badami where the only aristocrats are tourists and the locales are left striving for bread and butter. It’s known for its temples, shrines and caves and rock-climbing. The Battle of Vatapi between the Chalukyans and the Pallavas influenced the South Indian history like nothing else. It also gave rise to many important political and social conventions. A spokesperson from Archaeological Museum of Badami says “We have been putting in our complete effort to maintain these sites so that they can preserve the historical sentiment”. Today the Archaeological Museum of Badami, houses all the information to do with the Battle of Vatapi and the two dynasties. But, one has to not only appreciate the art and the architecture but also understand the significance, the struggle and the years of conflict that go behind its making. Only then does it give us the right to be called true patrons of culture and heritage. 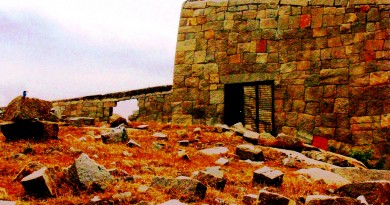 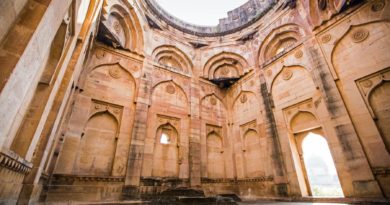 History & sights to see in Chanderi 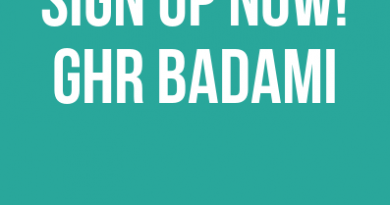 2 thoughts on “Reminiscing the Great Battle of Vatapi”